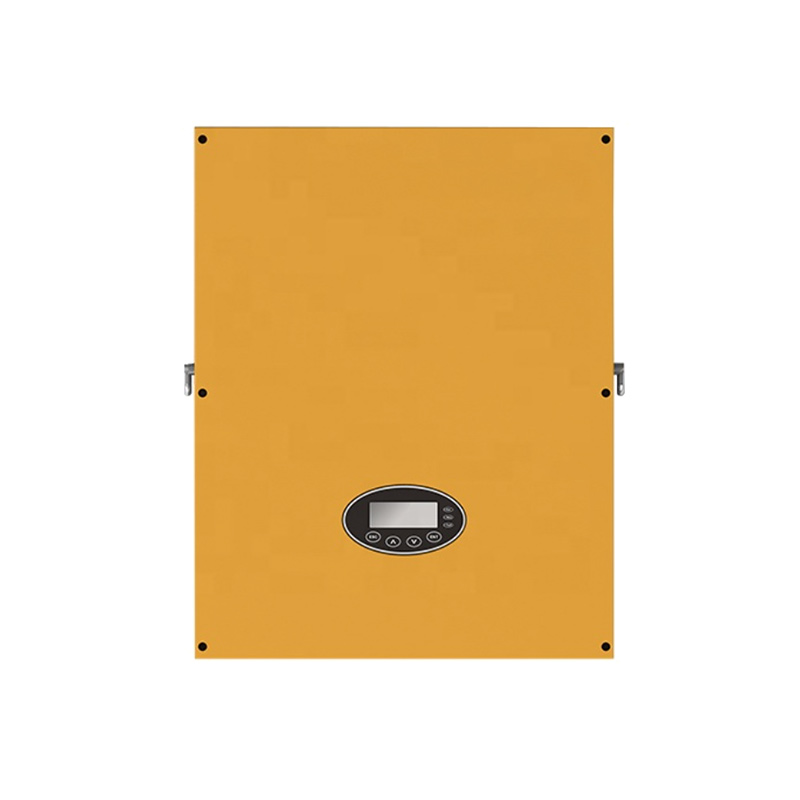 The inverter converts the DC power source into AC power to be fed back into the grid. The output voltage of the grid-connected inverter needs to be at the same frequency as the grid frequency (50 or 60 Hz), which is usually achieved using an oscillator in the machine, and also limits the output voltage to not exceed the grid voltage. Modern, high-quality grid-connected inverters can have an output power factor of 1, which means that the output voltage and current are in the same phase and within 1 degree of each other. The inverter has a microprocessor that senses the AC waveform of the grid and generates the voltage to be fed back to the grid. However, a certain percentage of reactive power is required to keep the power from the nearby grid within the permitted limits, otherwise, if the proportion of renewable energy on the grid is high in a particular area, the voltage may rise too high at times of high-power output (e.g. midday).

In the event of a power cut to the grid, the grid-connected inverters need to be taken offline quickly to ensure that they do not provide power to the grid even when the grid is down, so that workers servicing the grid are not electrocuted.